EVANSTON, Ill. – Syracuse’s 2022 season came to an end in a 15-4 loss to Northwestern in the quarterfinals of NCAA Women’s Lacrosse Tournament in Evanston, Illinois. The Orange conclude the season with a 15-6 record.

HOW IT HAPPENED
Senior Meaghan Tyrrell opened the scoring with an unassisted goal, but Northwestern responded with four straight to take a three-goal advantage. Freshman Olivia Adamson briefly halted the run with her ninth goal of the NCAA Tournament, but the Wildcats added two more to take a 6-2 lead after the first quarter.

The No. 4 seed Northwestern (16-4) continued to pull away the remainder of the game and recorded the 15-6 victory.

OF NOTE
Tyrrell’s first goal was the 200th of her career. She becomes the seventh player in program history to reach the 200-goal plateau. Tyrrell posted 78 goals this season, which rank second on Syracuse’s single-season record list, one shy of head coach Kayla Treanor‘s record of 79 in 2014.

Junior Kate Mashewske recorded five draw controls, helping the Orange to a 12-7 advantage in the draw circle. Mashewske ends the year with 178, which rank third on the school single-season record list.

Syracuse was making its 19th appearance in the NCAA Tournament. The Orange have an all-time record of 23-19 in tournament play, including a 8-3 mark in the quarterfinal round. 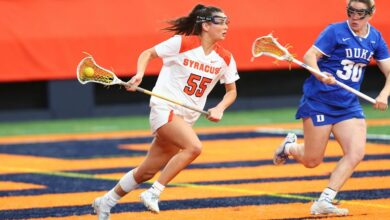 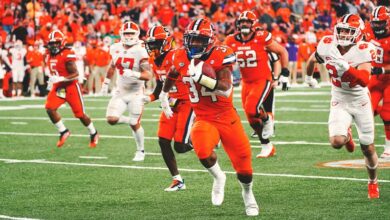 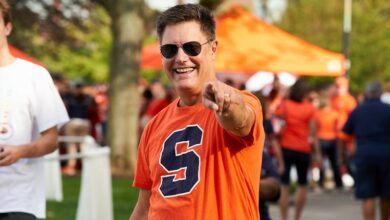 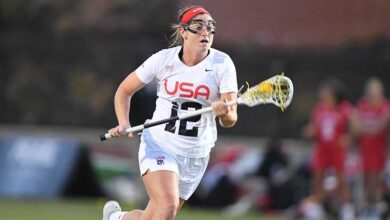