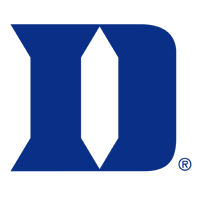 Syracuse lost a tough Atlantic Coast Conference (ACC) road game at Georgia Tech, 69-57, Thursday night at McCamish Pavilion in Atlanta. The Orange move to 13-6 overall and 4-4 in ACC play. Syracuse was led by Dyaisha Fair’s 17 points, five rebounds and four assists. Dariauna Lewis had her eight double-double of the season with 11 points and 14 rebounds in the loss.

The Orange continue their two-game swing to #13 Duke on Sunday.

Teisha Hyman had 15 points, and three assists in the loss while Kyra Wood finished with seven points and six rebounds.

WHEN IT WAS DECIDED:
Georgia Tech used a 12-2 run late in the fourth quarter to pull away from the Orange. The Yellow Jackets outscored Syracuse 21-10 in the final frame and were led by Bianca Jackson’s seven points in the final frame.

Defensively, GT held Syracuse to just two points over the final three and a half minutes of play.

“They took us out of the game and the best team won today. They came firing for 40 minutes and we’ve got to figure out how to put 40 minutes together and we will.”

UP NEXT:
The Orange continue their road trip in Durham, N.C., against their third top-25 opponent of the season, No. 13 Duke. Fans can catch the game live from Cameron Indoor Stadium at 12 p.m. on ACC Network. 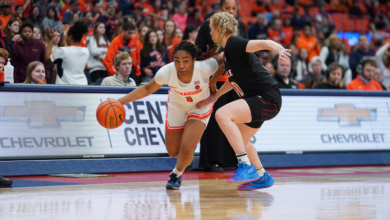 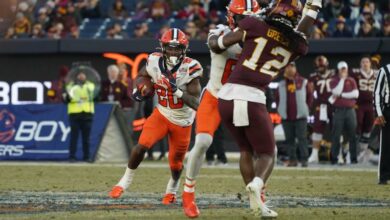 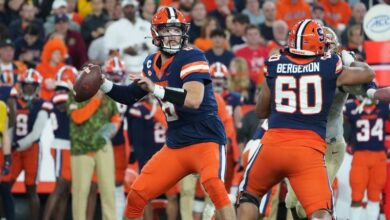